The East Shore area stretching two counties and six cities relied on ESRN for their emergency and public safety communications. The network consisted of 12 radio sites connected to a dispatch site. Rather than continue using leased lines from the telephone company, they sought a more cost-effective solution.

Entre Solutions II was commissioned by ESRN to replace their leased lines and manage the entire network installation and integration.

Entre Solutions II had successfully installed the backhaul and communications system for ESRN, which consisted of 15 microwave towers with some paths traveling 4 to 5 microwave hops to reach the dispatch center. Tom Blumenshine, President of Entre Solutions II, noted packet delays, lack of audio quality and intermittent system failures. This led to loss of communications to fire and emergency departments for up to 10 minutes at a time. As a result, fire departments experienced potentially critical communication difficulties. It was clear that a solution was needed quickly.

Given the critical nature of the situation, Entre Solutions II contacted TC Communications to find a solution that would restore reliable communications for emergency personnel. Having seen similar cases in the past, William Jeske, radio network specialist at TC Communications, suggested they test out a pair of JumboSwitch 600 ohm Analog over IP (TC3846-6) cards to troubleshoot the issue and verify compatibility and function.

Entre Solutions II installed the units, and, without any adjustments, the voice channel worked right away. Operators of ESRN saw an immediate improvement in audio quality. There were no more equipment lockups, failures or downtime. Channels are now uncompressed 64K with no loss of packets or speech and pass all status tones.

Two months after the initial call to TC Communications, the JumboSwitch TC3846-6 solution was fully integrated into the OSPF microwave network for ESRN. After just a few programming adjustments for PDV on the longer paths, everything worked. A few locations traverse up to 5 hops to the dispatch center, all without loss of quality or issues. The ESRN JumboSwitch Network consists of 12 standalone units at the towers and two rackmount units, a 1U and 4U, at Central Dispatch with a mix of 4-wire and 2-wire interface cards (TC3846-6 Analog Radio over IP).

Since replacing the analog conversion equipment two years ago with JumboSwitch cards, there has been zero downtime and no frustrations. ESRN has eliminated its leased lines, making $7500/month in fees available for use elsewhere. By keeping the radios in place, Entre Solutions II ensured minimal downtime and required little training in the switchover. Most importantly, lockups, cold boots and 10-minute communications downtimes are no longer a concern for emergency personnel. 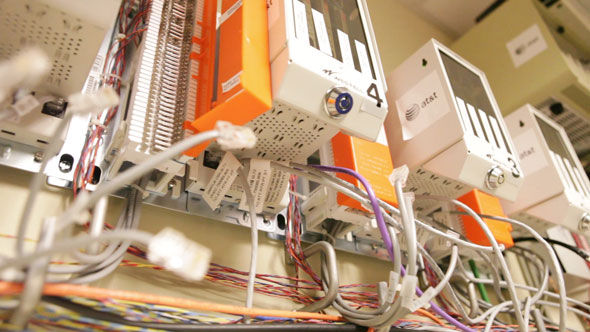