A network topology categorizes all the different elements within a network. This includes repeaters, bridges, gateways, modems, and lines. Having a complete topology is important because it allows network managers to ability to identify which devices are being used and correctly plan for network upgrades. Within each topology there are varying types of cabling layouts and interfaces. It's important to choose the one which works best for a network to avoid network failures, effectively plan for future upgrades, or even avoid installing unnecessary equipment.

The simplest network is point-to-point. A dedicated link is established between two end points. A point-to-point topology is ideal for single fiber connections. For example, combining T1/E1 lines and Ethernet over a single connection. This application is not recommended for larger networks because of the lack of redundancy if one node should fail.

A bus, or string network, is connected to a single cable in both directions. All traffic is broadcast to the entire network. Within a bus network, if one node fails then there is no effect on the network as a whole. Although the topology is simple and good for small network applications, setting up a bus network can result in packet collisions if too many nodes are installed in the network. Similar to point-to-point applications, if a cable fails in the network it will disrupt or cut off traffic. 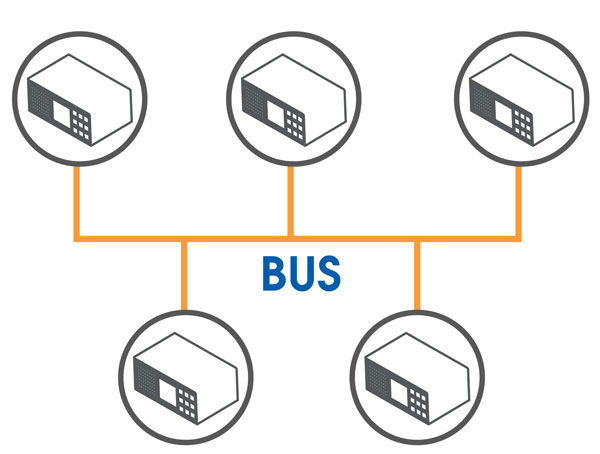 A ring or self-healing ring topology is a bus topology on a closed loop. There is no hierarchy between devices. Within a ring network, traffic must travel unidirectionally. On a self-healing network, traffic can travel bi-directionally. Data travels the shortest route to reach its end point. Each time a signal is passed through a node it will repeat the data, keeping the signal strong throughout its travel within the network.

A self-healing ring topology is the most resilient. Designed to protect against the most failures if one node on the travel path fails, the data is able to travel in the opposite direction to its endpoint and provide redundancy for the network. Critical networks rely on this type of network to ensure no communications are lost in the event of a node or line failure. 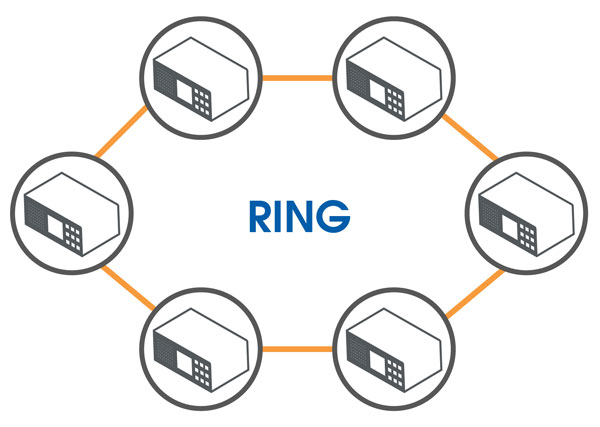 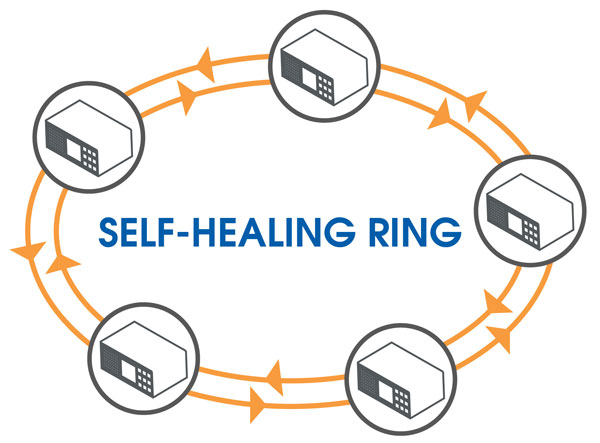 If a network is large and has a variety of sites and node types to incorporate, they might find a hybrid network best suited to their needs. Consisting of two or more topologies within the same network, a hybrid can offer choices to a network. One example might be combining a self-healing ring topology with nodes extending from the main ring to outside points. 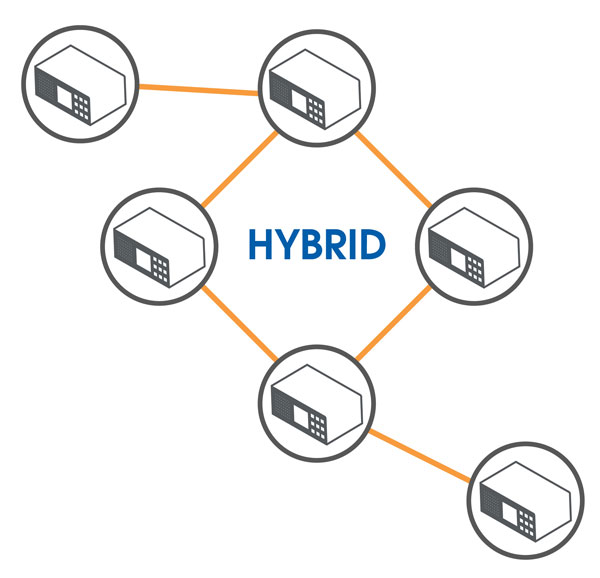 When deciding on a network, its best to choose the option that best fits the network and plans for future upgrades. A point-to-point topology won't be ideal for many sites that need to communicate at once, like a self-healing ring network will not be the best choice to connect 2 or 3 non-critical sites. Effective network planning will ensure network managers choose the best topology they need to establish consistent communications.